Report 🦄 Believe in your dreams!
Donate

Hello, friends of "Steemit", Today I present this artistic work done in the technique of the blue pen, this time I chose a great artist, the singer, musician and composer "Kurt Cobain" member of the musical group "NIRVANA". that revolutionized the "Grunge" movement of the early 1990s, leaving a legacy in "Rock" that continues to this day. In 2004, they were ranked 30 on Rolling Stone magazine's list of the 100 Greatest Artists of All Time.. 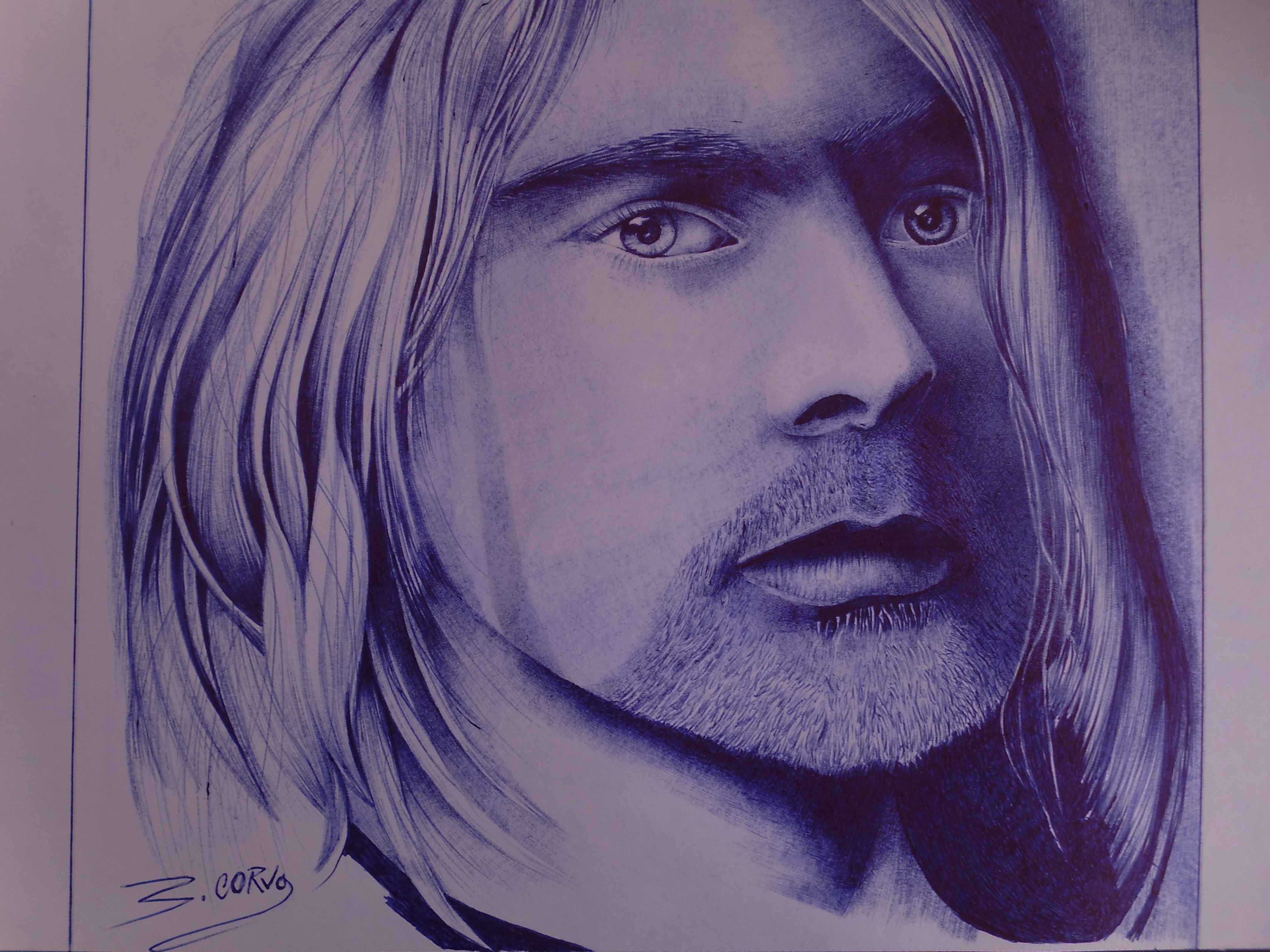 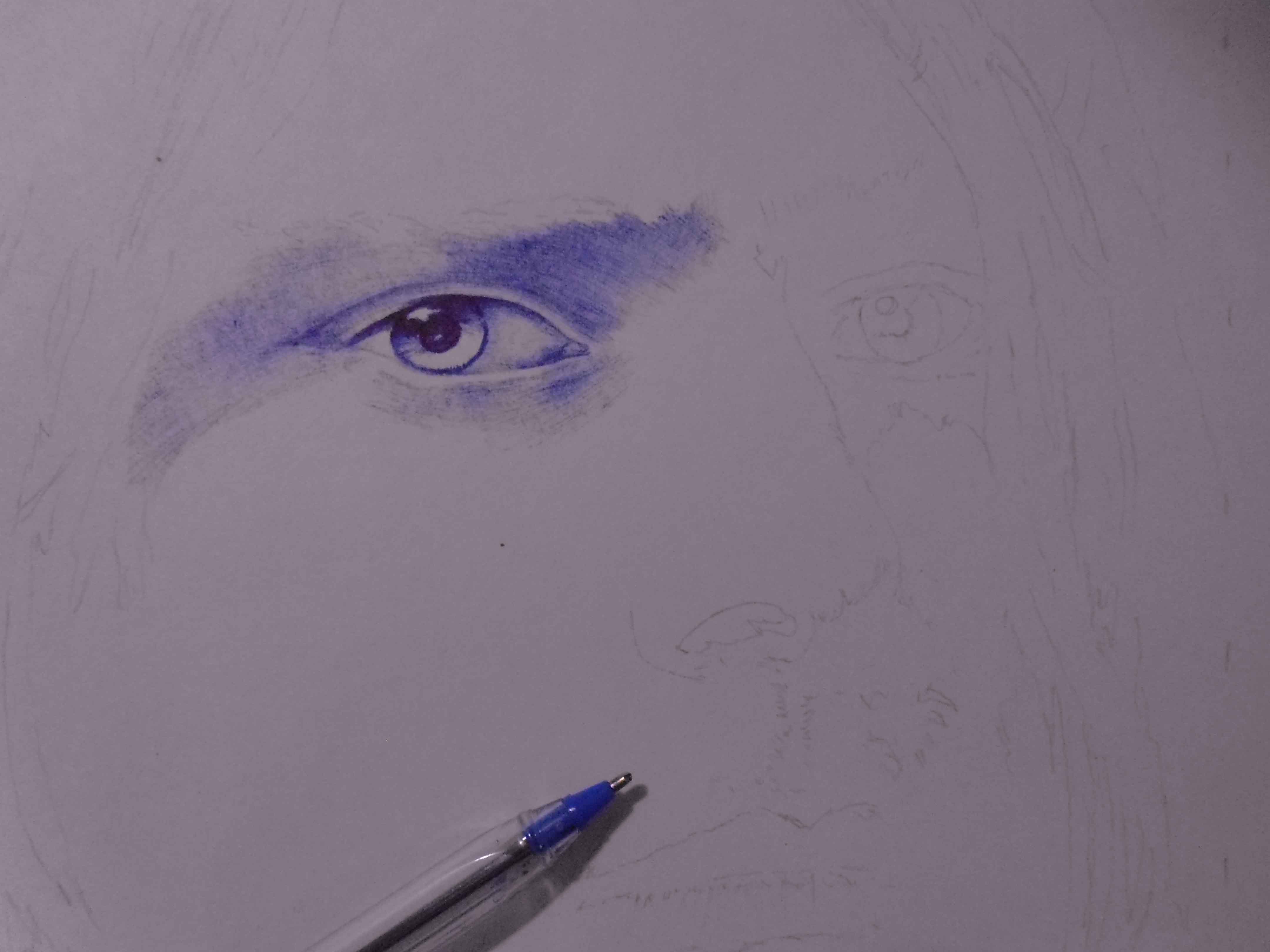 In this first step, we make our sketch in graphite pencil (hb-2), so we easily replace it with the blue pen. Nirvana was a musical group with influences from American "Grunge" Rock, considered one of the most important and influential bands of the modern era and a symbol of a generation. 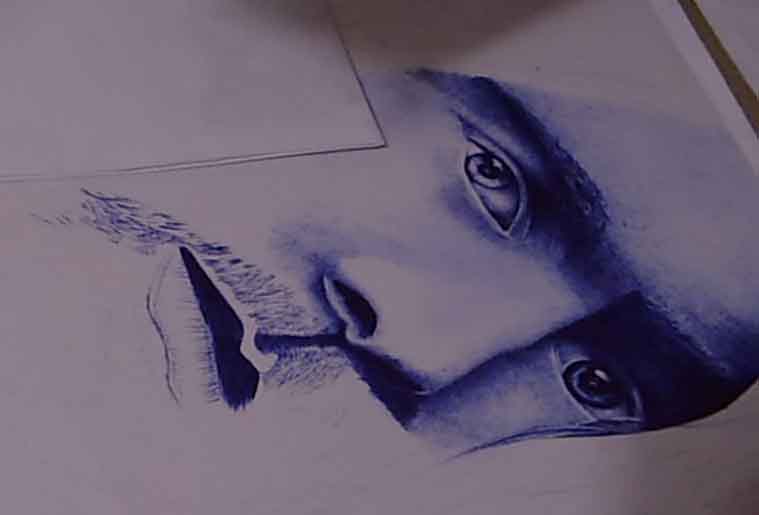 With very light small stripes we proceed to texturize, in this way we are making contrasts and defining the image. In 1991 this musical group released their second album, "Nevermind", to the world market. The first single from the album was "Smells Like Teen Spirit" - "it smells like young spirit" rising to the top of the world charts, making the explosion of what until then was known as "Punk and rock alternative "was at the top as a new musical trend, attracting many other groups to be part of this movement 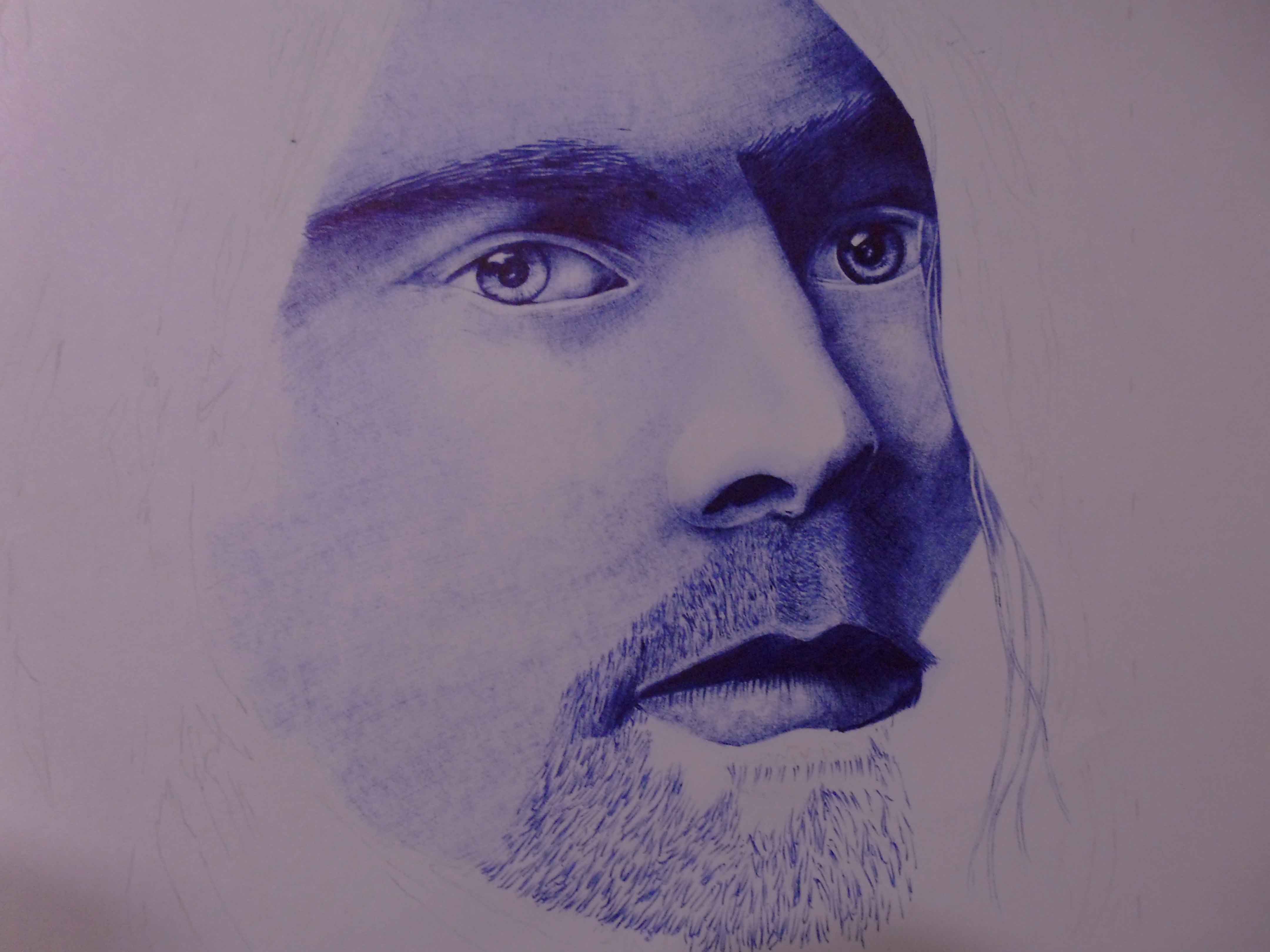 Here we can appreciate the character, the visual focus of the most distinctive features of his face, we proceed to give a new layer of texture to have more contrasts and minimal details. The leader of the rock band "NIRVANA" Kurt Cobain, was represented in the media, as the voice of a generation and Nirvana as the symbol band of Generation X. 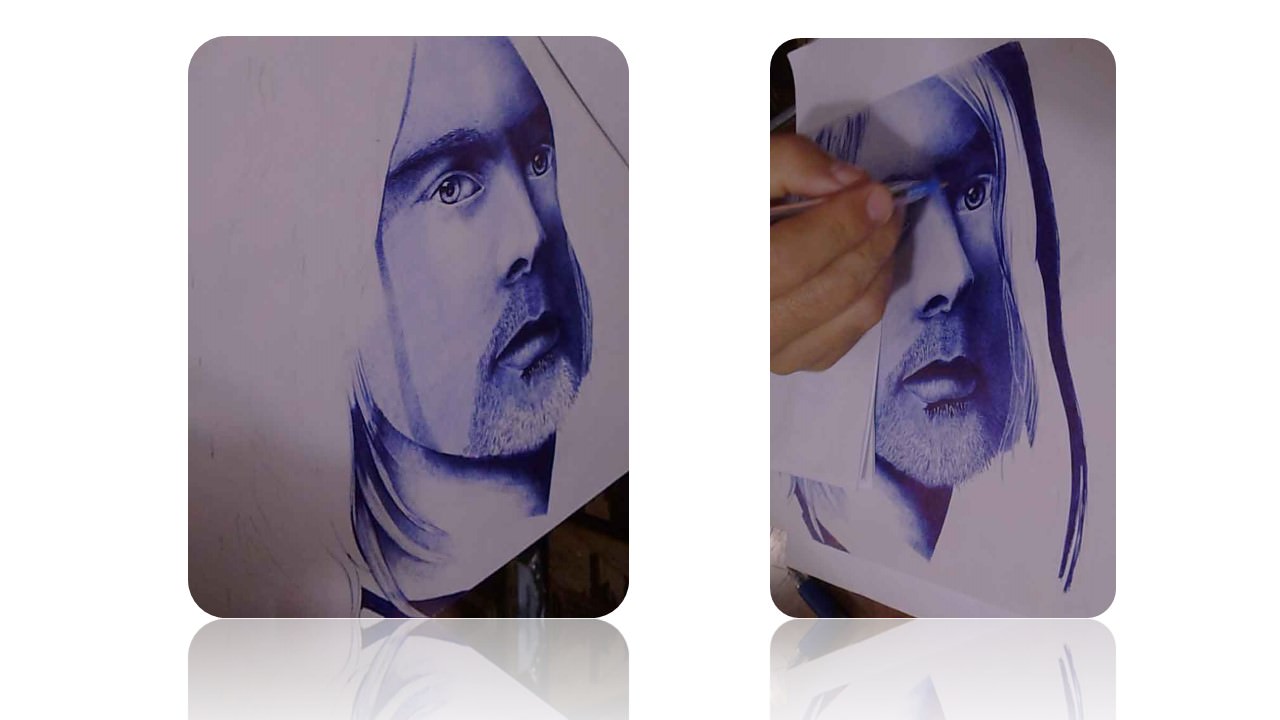 With long and soft strokes we are doing the hair, with light and dark tones. In 2014, Nirvana was inducted into the Rock and Roll Hall of Fame. 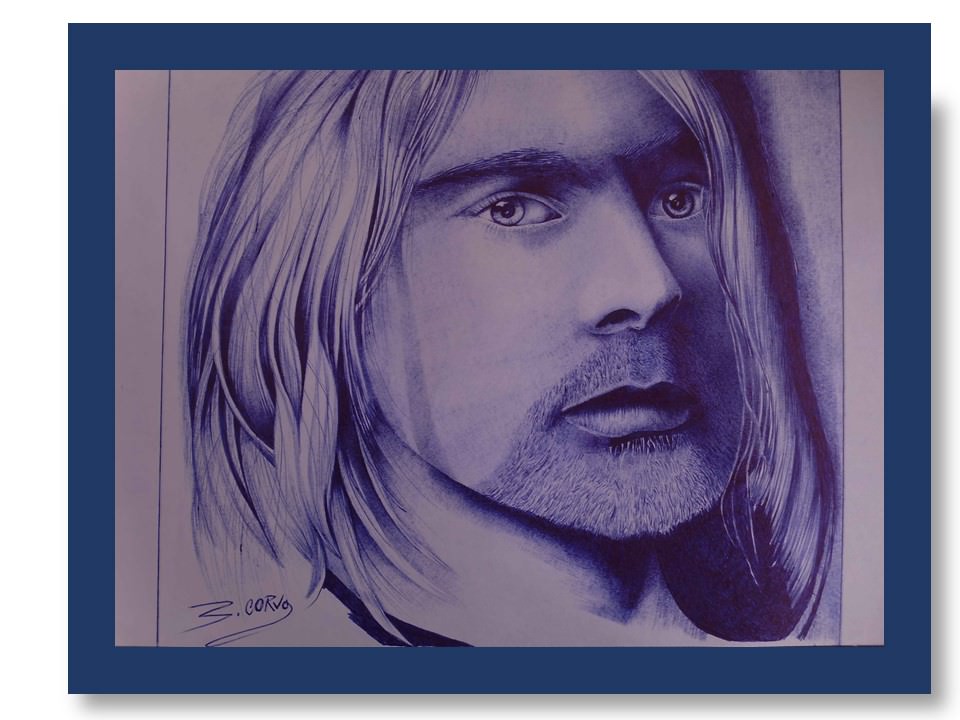 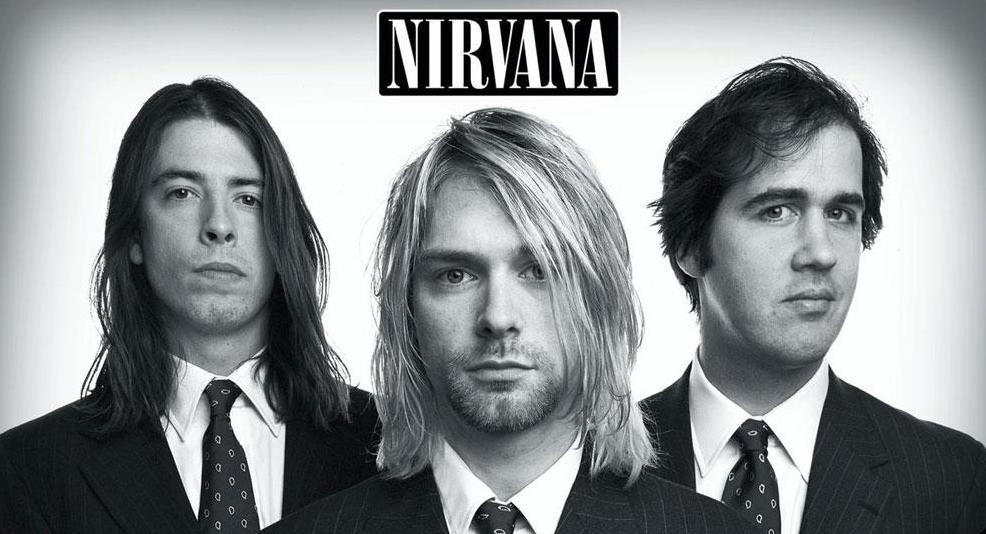 Nirvana's short career ended with the death of "KurtCobain" in 1994 at age 27, but her popularity grew even more in recent years. 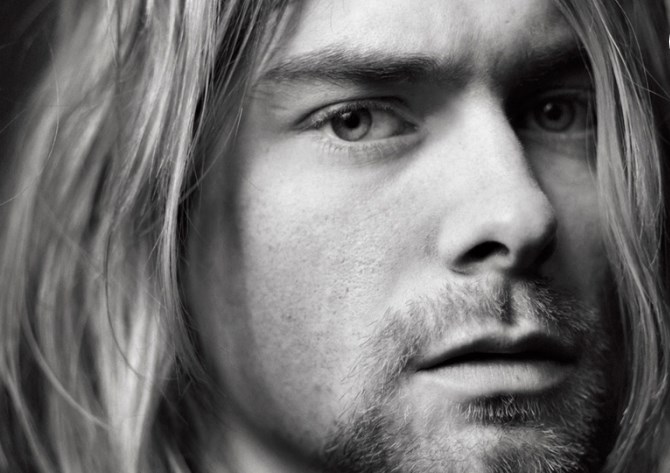 It is a pleasure for me to share this artistic work with all my friends, my goal is to promote art in our "STEEMIT" community and make you spend a moment of distraction, with an educational, cultural and artistic purpose, I say goodbye with this thought of this great musician, wishing them many successes with his performances.

In this world you cannot buy happiness. 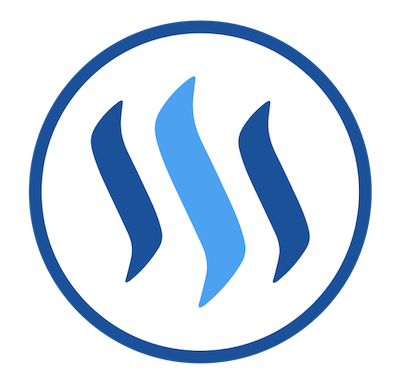 Why Am I Still Here? Porque sigo aquí? Love of art
betzaelcorvo
7 views $

Healthy Ways to Gain Weight If You're Underweight
healthdear
7 views $
28:36

Months later the WHO will be in Wuhan tomorrow
theouterlight
3 views $
08:25

Burning old Bridges. Why it is Important to always move Forward. No Walking Back. NO Way Back.mp4
belimitless
2 views $
00:21

World Series Much Better With NO YANKEES!
broncnutz
10 views $
01:42

If You Don't Stand for Something You Will For Anything!
elsiekjay
9 views $
01:23

This action requires you to log in first.
Login